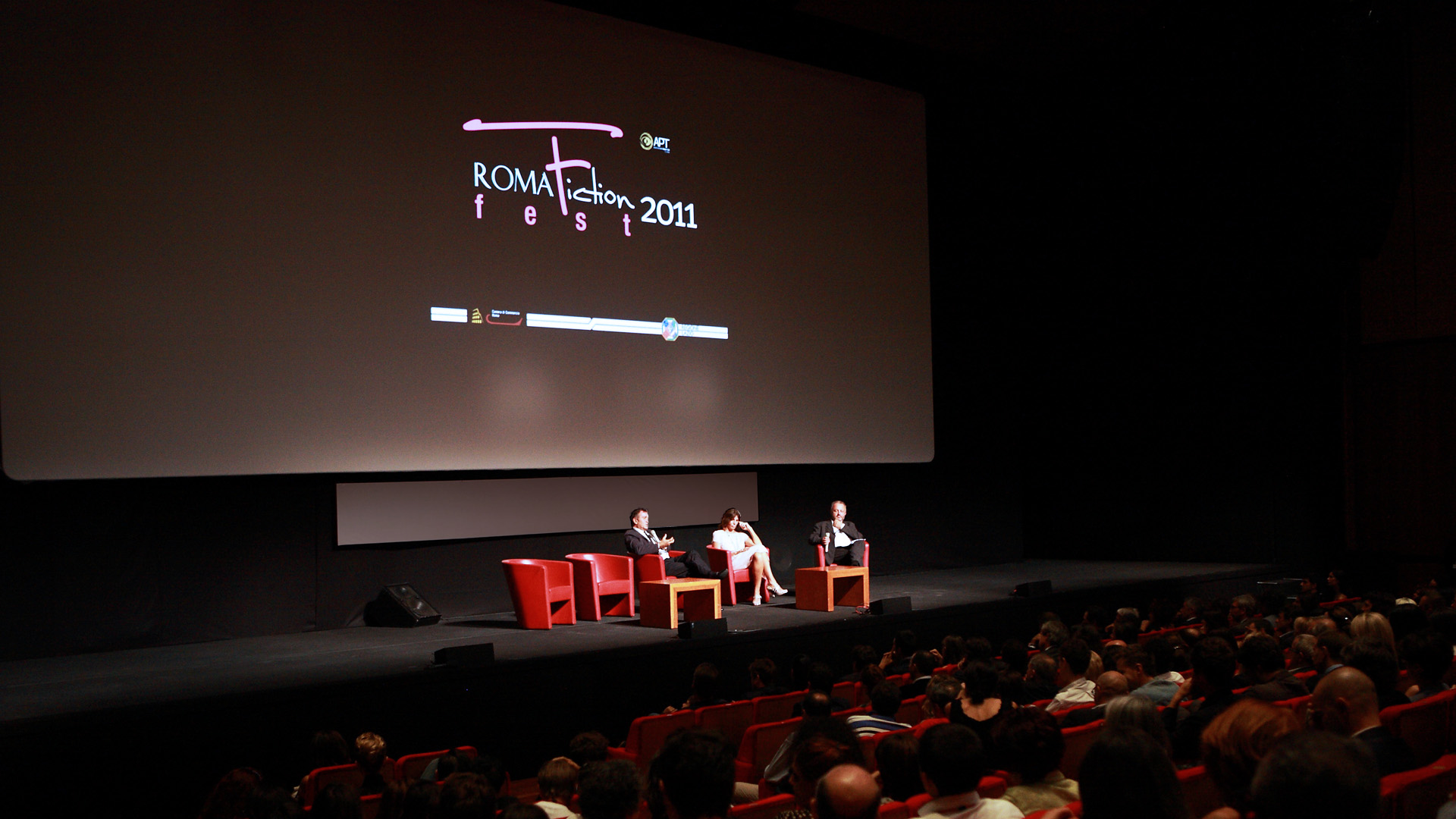 Taodue was founded in 1991 by Pietro Valsecchi and Camilla Nesbitt in order to bring to the screen thought-provoking, discussion stirring stories such as “Un eroe borghese” by Michele Placido or festival winners like “La condanna” by Marco Bellocchio (Silver Bear at Berlin 1991). After ten years of quality cinema Taodue turned to television: first with “Ultimo” and “Distretto di Polizia”, which have repeatedly beaten audience records; then with a string of mini-series and biopics that have both proven crowd-pleasers and foreign sales champions: “RIS”, “Uno bianca”, “Francesco”, “Paolo Borsellino”, “Karol”, “Maria Montessori”, “RIS”, “Il capo dei capi”, “Squadra antimafia”, “Il tredicesimo apostolo”. Thanks to this leading position in the Italian television market, the company was acquired by the Mediaset group, with Pietro Valsecchi and Camilla Nesbitt at the helm. Taodue has established itself as leader in film production by launching the Checco Zalone phenomenon, producing his five pics and beating with three of them the Italian box-office records (“Tolo Tolo”, 2019, “Quo Vado?”, 2015: 68 million Euros and 10 million viewers; “Che Bella Giornata”, 2010: 43 million Euros and 7 million viewers; “Sole a Catinelle”, 2013: 52 million Euros and 8 million viewers, “Cado dale Nubi”, 2009). In 2015 it produced the first biopic on Pope Bergoglio “Call me Francesco” – directed by Daniele Luchetti. In recent years, Taodue has diversified its activities: on the one hand by opening a subsidiary in France, Medset, which has made a name for itself in the transalpine film market with two remakes of Italian films that have had excellent box office takings; on the other by inaugurating a collaboration with international streaming platforms. Amazon Prime Video released the series ‘Made in Italy’. Netflix and Taodue produced ‘Yara’, a film directed by Marco Tullio Giordana, which emerged as the most-watched ‘non-English’ film on the platform globally in November 2021.